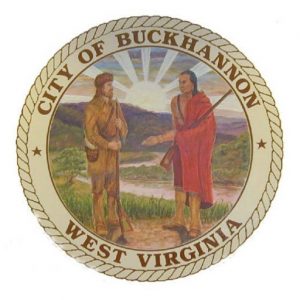 WHEREAS, our Buckhannon-Upshur community is very proud & supportive of our police officers who serve & protect us all while placing their lives on the line during every one of the challenging & uncertain shifts they work; and,

WHEREAS, the City of Buckhannon in 2017 resolved to annually recognize, honor, & pay tribute to all police officers on each Wednesday during the annual West Virginia Strawberry Festival & on May 17, 2017 specially recognized Wilbert H. “Webb” Grubb, the only City police officer ever to die in the line of duty who gave his life for our community on April 21, 1940; and,

WHEREAS, our City government family & Police Department will celebrate the second, annual Webb Grubb Police Officer Recognition Day to be conducted at our City’s Public Safety Complex beginning at 3:00 p.m. on Wednesday, May 16, 2018, & our B-U community is proud to welcome back to Buckhannon retired City police officer, Lieutenant Keith Rowan as our 2018 Webb Grubb honoree & encourage all of Lieutenant Rowan’s family members, former fellow officers, friends, & admirers of Lieutenant Rowan as well as those of Officer Webb Grubb & further of all police officers during our second annual tribute & celebration; and,

WHEREAS, our City further shall soon dedicate its “Blue Bench” & “Wall of Blue” – both in honor of & tribute to Officer Webb Grubb, Lieutenant Keith Rowan & all of our future police officer honorees during Webb Grubb Police Officer Recognition Days to come.

NOW, THEREFORE, I, DAVID W. McCAULEY, MAYOR OF THE CITY OF BUCKHANNON, pursuant to the power & authority duly vested in me, do hereby proclaim Wednesday, May 16, 2018, to be “WEBB GRUBB POLICE OFFICER RECOGNITION DAY” throughout our City of Buckhannon. I further proclaim that our City’s 2018 second annual honoree shall be LIEUTENANT KEITH ROWAN who himself was shot multiple times in the line of duty during the early morning hours on Sunday, May 18, 2003. I hereby direct the installation of a permanent bench & wall suitable for installation of placards to be located along Webb Grubb Lane located around our Public Safety Complex to forever honor & recognize LIEUTENANT ROWAN together with WILBERT H. “WEBB” GRUBB & all future police officer honorees for their gallant service in protecting all of us in our Buckhannon-Upshur community.

I urge all residents & Festival visitors alike to join our 2018 honoree, Lieutenant Keith Rowan, his family & friends together with the family of Officer Grubb & me, along with other members of our City government family, & friends near & far at our second annual “Webb Grubb Police Officer Recognition Day” public ceremony. May every Wednesday during Buckhannon’s annual Strawberry Festival now & always be known as “Webb Grubb Day” in honor & memory of our late, fallen police officer, Wilbert H. “Webb” Grubb, & further in tribute to & appreciation of the dedicated, public service of all of our community’s police officers.

Given under my hand and official seal of The City of Buckhannon, this 16th day of May, 2018,

Wilbert H. Grubb is the only City of Buckhannon police officer ever killed in the line of duty. Officer Grubb was born in Upshur County on February 19, 1894, the son of Columbus Lee & Malinda Elizabeth Zickefoose Grubb. Officer Grubb was a proud military veteran who served as a private in the U.S. Army during World War I. He further served as Buckhannon’s American Legion Post Commander for 15 years. He further had served as a Buckhannon police officer for two & a half years.

On the evening of April 21, 1940, Officer Grubb was summoned to a home on Camden Avenue in response to a reported attempted rape by a suspect upon his own mother. As Officer Grubb, then aged 46, approached the front door of the suspect’s house- Byzantine Hartman fired a shotgun blast through the door striking Officer Grubb in the left shoulder knocking him to the ground. While Officer Grubb lay wounded, Hartman executed him by placing his shotgun into Officer Grubb’s ear & firing again at point-blank range. These facts were recounted by the murderer’s neighbor, eyewitness Ben Thompson, who also was shot & seriously wounded during this attack. The murderer then stole the city police cruiser fleeing the scene. Moments later, Hartman wrecked the cruiser as he turned from the Florida Street Bridge on to Island Avenue, striking a tree & rolling the cruiser down the river bank only three blocks from this very site. The murderer then fled afoot proceeding through downtown shouting for police while making his way to the county jail. Hartman then confronted the jail keeper, Mrs. Grace Miller Grubb, demanding a gun & a knife. Bizarrely, the jail keeper was the wife of Officer Grubb, & she & the murderer apparently then were strangers unto each other. Mrs. Grubb was unaware that the man shouting for weapons had just murdered her beloved husband. Mrs. Grubb hid at the jail. Hartman was apprehended on Franklin Street by West Virginia State Police troopers shortly thereafter.

Hartman who had previously been convicted of attempted rape & jailbreak, & had served sentences at the State Penitentiary, was promptly charged with & tried for murder.  Circuit Court Judge John H. Brown appointed attorney J.D. Jennings to represent Hartman.  The prosecuting attorney was A. Jerome Dailey.  Following his apprehension & while awaiting trial, the murderer twice attempted to set fire to the Buckhannon jail.  Hartman subsequently was moved to the Lewis County jail in Weston since Mrs. Grubb was the sole Buckhannon jail keeper, & community sentiment weighed heavily against the murderer while awaiting trial.  During his incarceration, Hartman reportedly taunted police telling them that if he hadn’t run out of shells he would have killed all of them, too.  Dr. I.F. Hartman testified at trial that the second shotgun blast was the one that took the life of Officer Grubb.  Justice was swift in 1940, as Hartman was tried on May 6, 1940.  Hartman was convicted of first-degree murder & during sentencing Judge Brown described the murder as “one of the most brutal in the annals of West Virginia history,” before pronouncing the death sentence.  Hartman was hanged at the Moundsville State Penitentiary on June 28, 1940, being the first Upshur County resident ever executed.

In addition to his wife, Grace (1901-86), Officer Grubb was survived by his six-year-old son, Charles Ray (1933-72), his parents, four brothers, & three sisters.  Officer Grubb’s service was conducted at the Whitescarver Funeral Home before one of the largest funeral congregations in Buckhannon’s history.  The Reverend E.L. Arnold, the pastor of the Central Methodist Church, was in charge of the services, & Dr. W.H. Barlow, pastor of the Baptist Church also spoke.  Members of the Frank B. Bartlett Post No. 7 of the American Legion assisted with the funeral.  Officer Grubb’s six pallbearers were all past commanders of the American Legion.  Wilbert H. Grubb’s remains were interred at the Lorentz United Methodist Church Cemetery atop the hill to the left of U.S. Route 33 as one drives east toward Buckhannon, where he continues to rest in peace beside his wife & son.  Our community will always remember Officer Grubb’s supreme sacrifice, & the Lane around our City’s Public Safety Complex shall forever be dedicated in his honor & to his memory.

Wilbert Grubb Lane serves as our community’s permanent testament & reminder to us all of the perils confronted by our first responders, & the uncertainty they are subjected to during each call to which they respond as they serve & protect us.  This “Lane” is established as a lasting tribute to & in appreciation of each of them as well.

DEDICATED BY THE CITY OF BUCKHANNON DURING OUR COMMUNITY’S INAUGURAL POLICE OFFICER RECOGNITION DAY CELEBRATION  MAY 17, 2017