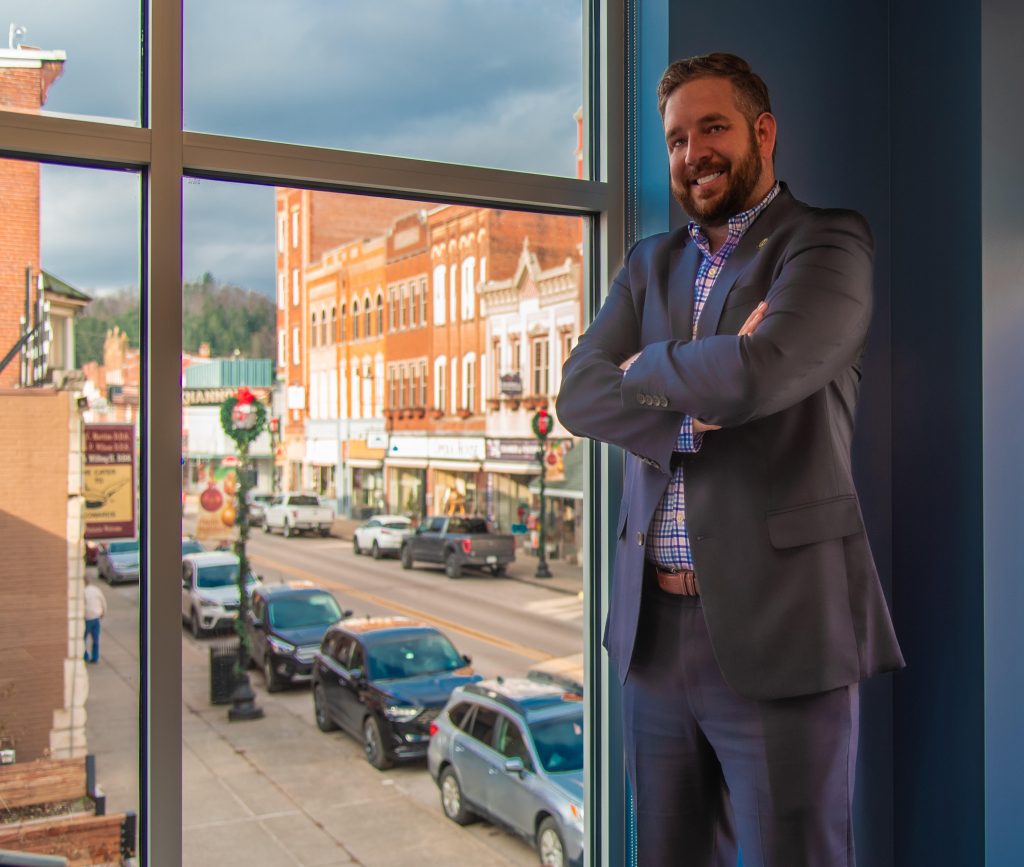 Born and raised in Buckhannon, Robbie Skinner is a 2007 graduate of Buckhannon-Upshur High School, and a 2011 graduate of West Virginia Wesleyan College.

Professionally, he is the Executive Director of the Upshur County Development Authority. Civically, Robbie is an active leader in his community, involved in many organizations, including his service as the Mayor of Buckhannon. He previously served as a City Council Member (2016 – 2020), and member of the City’s Water Board and Historic Landmarks Commission.

He is an Executive Board member and past-President of the Buckhannon-Upshur Chamber of Commerce, and a member of the following – serving in a variety of capacities: St. Joseph’s Hospital Foundation Board of Directors, treasurer and photographer at Artistry on Main, Create Buckhannon, Southern Upshur Business Association, the West Virginia Independent Insurance Agents Association Board of Directors, West Virginia Municipal League, and West Virginia Chamber of Commerce.

Robbie works diligently each day to help make Buckhannon the shining star of the region. From taking it upon himself to clean and paint city streets, to personally donating his time and photography to dozens of local charities, he wears his dedication and spirit of his hometown proudly on his sleeve in all he does.

He has been honored as a “Tamarack: The Best of West Virginia,” contributing artist showcasing his photography. He has also been honored by the Buckhannon-Upshur Chamber of Commerce as the 2013 “Business Man of the Year,” and most recently, the Chamber’s highest honor: the 2019 Upshur County “Citizen of the Year.”